A couple in a heated discussion somewhere in California

He: Did you just see what’s printed in the paper today?

She: Why? What’s so special in it? You always seem to be hooked to the page 3.

He: You wouldn’t believe this..you have always been raving about Cheryl and how she would go to any extent to bring justice to the ‘me too’ victims!

She: Yeah…She is a true-blue feminist!

He: Then, what would you say about this..She has allowed her co-star William to indulge in the obscene act and looks like she was also having a good time, basking in his glory. She is no cherub, as she always likes to portray herself. I tell you, all women are….

She: Woah! Stop saying anything further! I don’t believe a word you are saying. Just give me that damn paper.

She almost tore the newspaper as she took it from her husband fiercely. Her eyes bulged with controlled emotion, as she took in the news. ‘Unbelievable’, she thought. Just then, her eyes fell on the last line of the page, which had mentioned, ‘Full report on page 6’.

As she turned to that page, she saw another picture which showed Cheryl slapping William. She gave a victory smile as she shoved that page on her husband’s face. 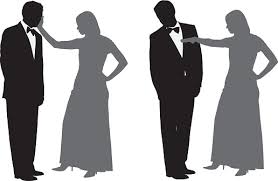 She: Look now, Who got his dues!

Meanwhile in a five star suite

She: Wow! This has come out so well, more than I expected.

He: Yeah. I am glad you accepted my proposal.

She: As long as it boosts my declining career..

He: I am sure you would be flooded with offers now. (Winked)

The once sought after actor William smiled, as together with Cheryl, he has managed to finagle a slot on primetime television. He was sure that he would be the face of the television for the next few weeks. At this stage in his career, he is okay with the negative publicity too!