There’s a planet at the edge of the universe not unlike the earth in landscape and atmosphere. But its inhabitants are not. 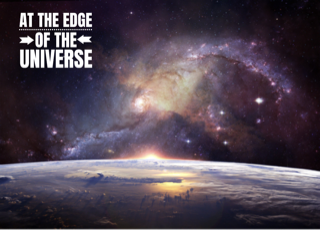 The similarity unfortunately ends with just the landscape, the inhabitants there are far more truthful and innocent than the Earthians. Even the wind and sea obeyed their leader, whose sole purpose in life was to uplift the occupants of their planet ‘Pious’ and to never let the Earthians curtail their innocence.

He knows that the Earthians were already on a mission to capture their planet. They were in awe of the nil crime rate and the non-polluted environment of the ‘Pious’. The leader knows this, for he has witnessed the origin of the Earth and knows how it exactly resembled ‘Pious‘ then.

But, now the Earthians are full of jealous without an iota of compassion towards fellow humans, let alone other inhabitants. Together, they have successfully violated their mother land. Last heard, with the population exploding, they have even resorted to killing, to claim a piece of land as theirs.

With Artificial Intelligence ruling the roost on the Earth, high-tech machineries supervising every action of the Earthians, with even their conciousness being controlled, they have started placing allegations on one another for the detoriation of their condition. They have finally made up their mind that, to protect the humanity, of whatever that is left, against the impending technological singularity, that is threatening to explode, they have to hijack the planet ‘Pious’.

As soon as the leader of the ‘Pious’ got an hint about the whole situation and the impending danger, he collected this fellow Piousions, gave a patriotic speech, which made them vow to fight for their land and keep Earthians away at any cost.

Thus, began the biggest war, this Universe has ever witnessed.

For FOWC with Fandango: Allegation

Use the following statement as a basis for writing a story.

“There’s a planet at the edge of the universe not unlike the earth in landscape and atmosphere. But its inhabitants are not.”